Wayne Carter owns and operates Elite Sod in Bryan County in southern Oklahoma. He and his family have farmed along the Red River for many years, including growing peanuts “forever.” Then about 10 years ago, a local grower offered to sell him his sod business. Carter has grown that business from 240 acres to more than 900, growing top-notch sod to serve much of the Dallas/Fort Worth metroplex.

“It’s high-end. We provide good quality sod,” Carter said. “We’re not the cheapest by any means, but people want good stuff and they’re willing to pay for it.” 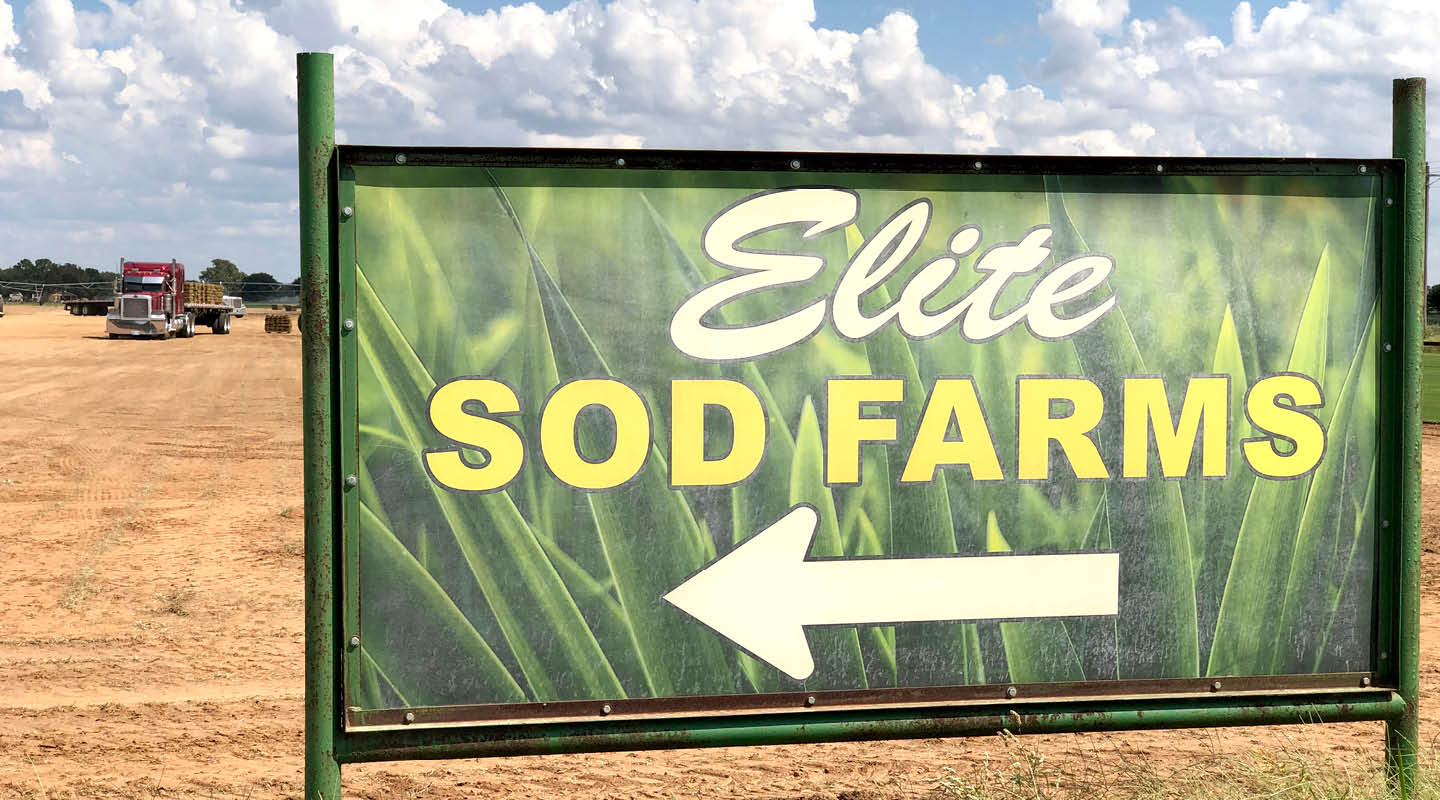 Wayne Carter got into the sod business about 10 years ago because he likes to stay busy.

He’s proud that his business is completely self-sufficient, including owning their own trucks to haul the sod. He’s also proud of their repeat business. “We still have some of the same customers as when we started,” such as the Oklahoma governor’s mansion and Choctaw Hospital in nearby Hugo, OK.

In addition to sod, Carter still grows about 800 acres of corn, alfalfa, soybeans, wheat, and sometimes milo; he irrigates those crops with three center pivots and some sideroll. He also owns about 450 Brahma cattle and 2,000 stock cattle, and sells dirt.

Carter has a diverse operation, but the sod is his primary asset. So why switch to sod after years growing peanuts and other crops? Admittedly, low commodity prices played a role in his decision, but beyond that, he calls himself “a bit of an entrepreneur” and likes to stay busy.

That’s good, because in terms of time commitment, he says growing sod is “worse than a dairy.” He said it with a chuckle, but he wasn’t really joking. “You have to turn water on or off at 2:20 in the morning sometimes.” 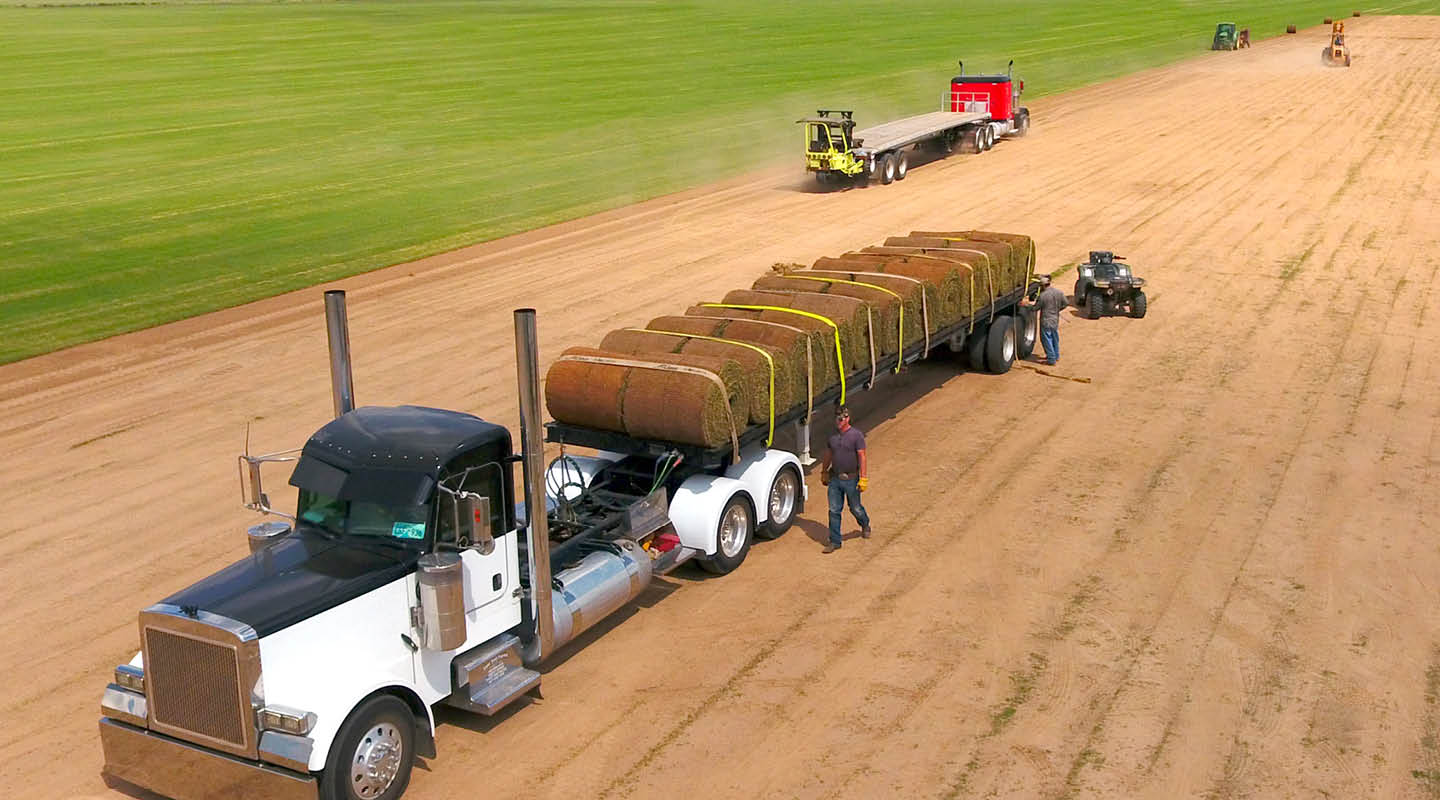 As Wayne Carter's sod business grew, he needed more efficient and precise water application, while not increasing his labor costs.

Instead, he contacted his local Valley dealer, Knutson Irrigation Design in Yukon, OK. “Wayne is very smart. He runs pretty hard and pretty fast. He gets things done, and he knew he needed to do it right,” said Destry Suthers of Knutson.

For Carter, doing it right meant complete automation. “I wanted it 100% turnkey – to be able to run it with an iPhone and one or two other guys.”

Carter had several goals when he began the project: save on labor and save on energy costs while being able to pump enough volume directly out of the Red River. The objectives were clear, but the process of automation required several phases, and presented several obstacles, as well.

The first challenge is simply the size of Carter’s operation. “You have to water 900 acres every day. And mow it every day. That’s a process in itself,” he said. “You get two cuttings a year if you fertilize and mow it right. It takes really good management. You can’t water one day and let it go for three days when it’s 110 degrees. It will take it a while to get back. Then almost every four years, you plow it up and start over.”

The next challenge was the fact that the farm is on two levels: one in the river bottom and another on a sandier plateau. The elevation difference from the river bottom to the boost pump is around 90 feet, and from there to the top is another 50 feet, pumping the water a total of about 1.75 miles.

The second level wasn’t developed prior to this project, Suthers explained. “Everything in the sod business had to come together to do it.”

First, they flow tested and got nowhere near the amount of water Carter thought he was getting through the existing line. “We were thinking we were getting 2,500 gallons a minute, but we were getting much less – maybe 1,000 gallons up at the top,” he said.

“The goal was to get a quarter-inch of water per day on every bit of sod, and we were losing 27 pounds [of pressure] going up,” said Ken Chohon, Senior Project Installer for Knutson. They added a booster pump to help mitigate that friction loss. 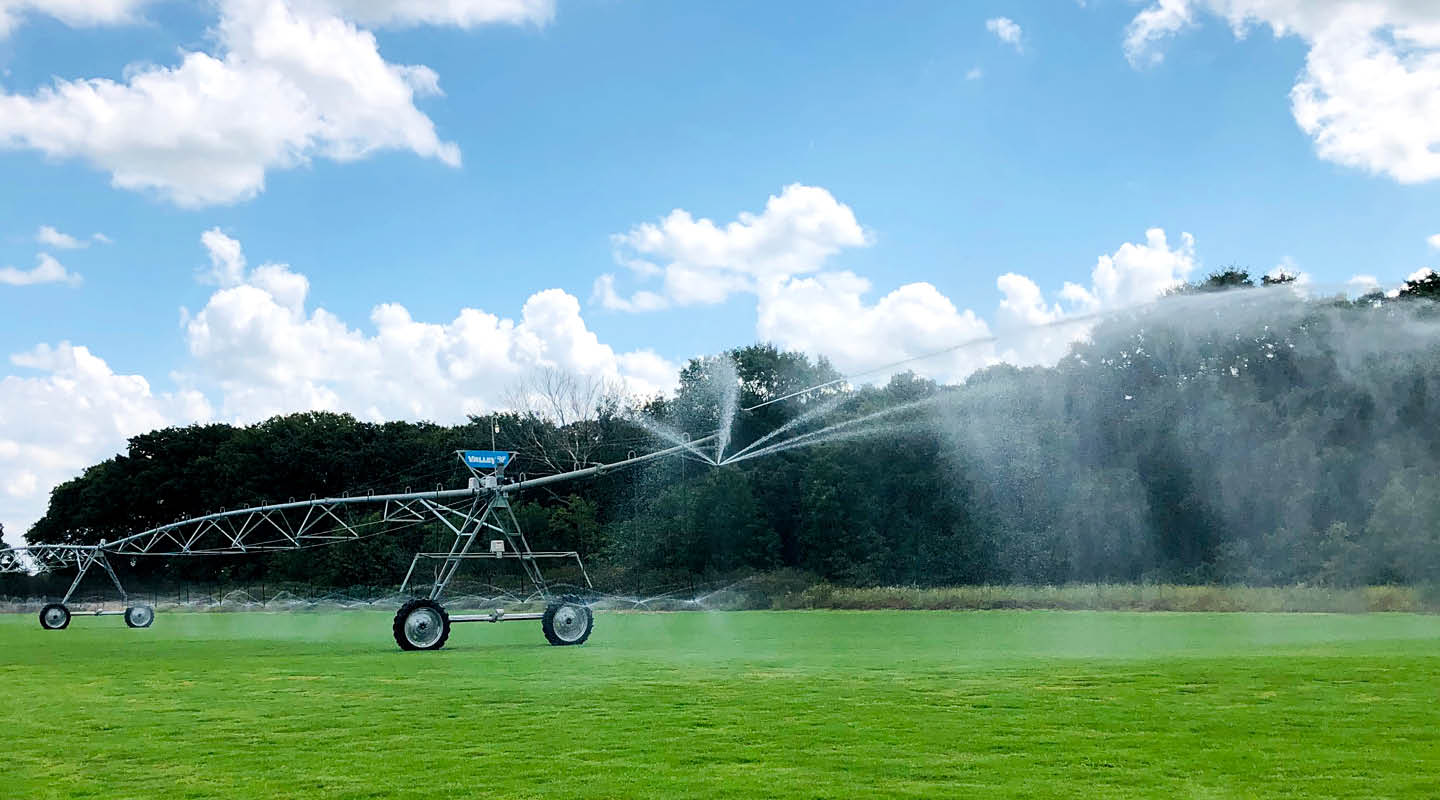 Some of the challenges compounded each other. The existing pipe was older, smaller, and wasn’t deep enough, so it needed to be replaced. “With the bottom as low as it is, it gets wet,” Chohon said. “The weather was fairly moderate, but we had to work around Mother Nature. Digging and laying pipe was a bit of a challenge due to the sub-moisture.”

“We reverse-designed that 20-year-old pipe in the ground to be more efficient,” said Brett Marshall, Technical Sales Manager for Valley. “The global team of water management experts from Valley made some changes and made the whole thing better.”

Marshall developed elevation maps and detailed scenarios, and provided that technical info in the right format to the government, saving hassle for Carter. Marshall also coordinated paperwork for the government cost sharing program, which offered financial assistance through the NRCS for converting to electric pumps.

Contact your Valley dealer today to learn more about how they can help you take more control of your farm with a 100% turnkey operation.