“How can we improve yield with the resources we have?” It’s an age-old question in agriculture, and the Grimm brothers of Precision Farms are pulling out all the stops to find the answer.

This operation is truly a family affair. Four of the five Grimm brothers own and/or work on Precision Farms, a business their father built from the ground up in the early 1980s. They grow waxy, amylose and No. 2 field corn, along with soybeans on 3,500 acres of hilly terrain with a soil composition of mostly clay and loam. 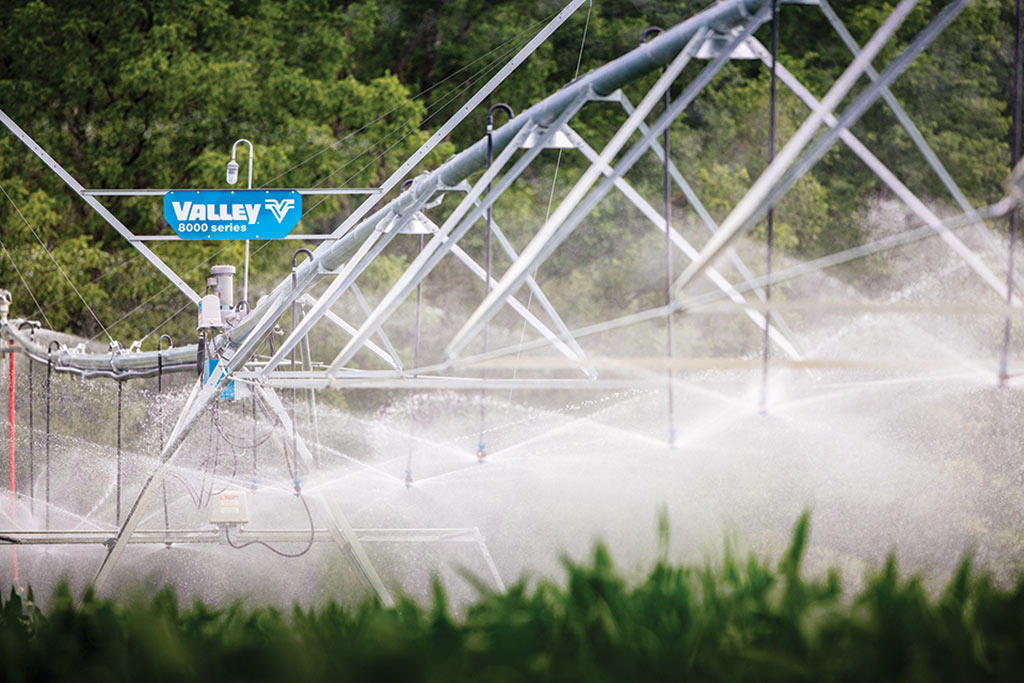 Eldest brother Kurt Grimm is part-owner of the farm. He also manages a separate greenhouse and landscape business. Second-oldest Keith is co-owner of Precision Farms, and he also owns and operates MWI, a Valley® dealership based in Hiawatha, Kan. Galen co-owns and manages Precision Farms, and the youngest, Glen, works with Galen.

While the Grimm brothers have been around farming their entire lives, they say they still have a lot to learn about increasing yields. They’ve been “dabbling” in research for years to determine what will make their crops healthier and their land more productive; but, in 2017, they really got down to business.

“We’ve already learned that water is our main limiting factor when it comes to yields, but our center pivots can take care of that pretty efficiently,” Galen says. “Now, it’s a matter of narrowing down any other factors that are keeping us from maximizing our yield potential. We’re doing a lot of research, using technology and a company that specializes in producing higher yields. For us, it’s considered a multi-year project.”

Their research includes determining soil types throughout their fields, examining water usage and uniformity through AgSense® reports on their seven center pivots, performing strip testing and tissue sampling of four crops in six different fields, and using thermal sensors to measure the temperature difference in the canopy of the crop and more.

Keith learned about the new Valley X-Tec™ DC center drive motor before most due to his involvement in the dealership. The Valley X-Tec with FastPass™ technology provides full torque power at any speed, from 1 RPM up to 136 RPM – twice as fast as a standard center drive motor. The patented alignment technology and robust DC motor provides consistent application while keeping correct alignment over varying terrain.

Keith thought it would make sense to install Valley X-Tec on their new 8000 series center pivot, so he approached his brother, Galen, Precision Farms manager, about trying this new technology.

“We wanted to be part of this from the ground floor in the new precision irrigation technology and gain the understanding of the efficiencies of how it can affect fertigation methods,” Keith says. “We feel like that will be a huge part of the future of farming.”

Galen says the Valley X-Tec center drive motor fit perfectly with their efforts to unlock new and economical ways to increase their yield.

“We can fertigate and chemigate with low water amounts,” Galen explains. “We had the opportunity to fertigate once so far, directly onto the ground, as we’ve only had this particular field for two years, so we’re still establishing the soil structure. In the future, we plan to use the Valley X-Tec center drive motor to move quickly over the field for foliar application, too.” 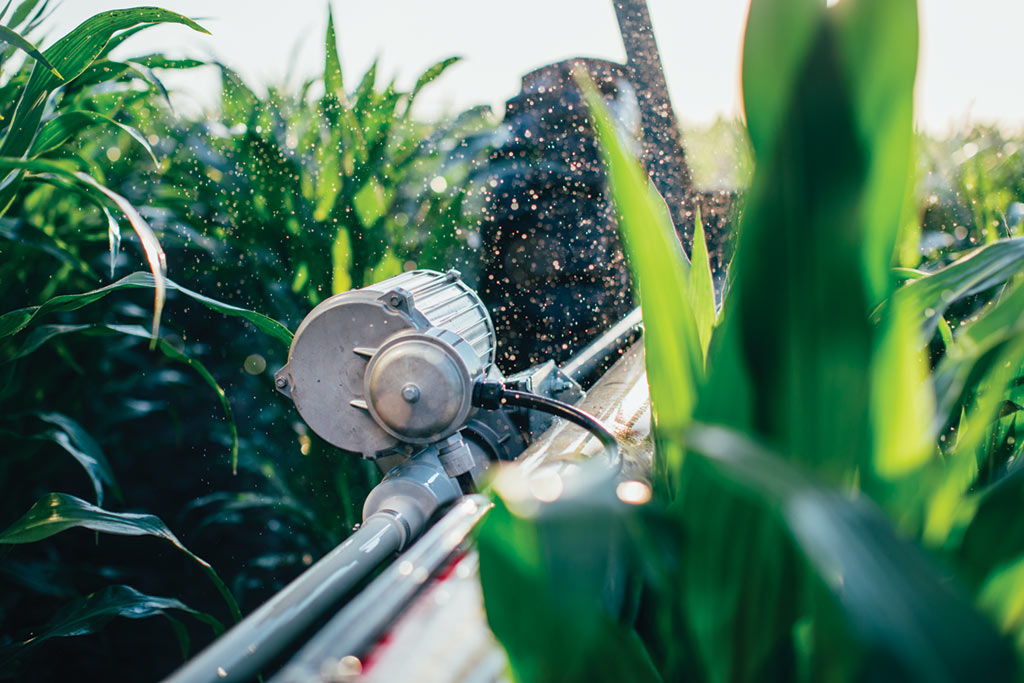 The thermal sensors in Grimm’s cornfields indicated that the temperature in the canopy is often 10 degrees higher than the outside temperatures. On hot days, that can be a significant factor, so Galen started using his pivot to cool the crops.

“I can have my pivot make two cooling passes in an afternoon when it’s 105 degrees out,” Galen says. “At full speed, it only takes about an hour and a half each way. We can cool our crop with a quick rotation, send the pivot back to the starting point, and send it around again, all in one afternoon.”

Galen explains that having these options available to them is very important, because as the data from that research is received, they can change the way they irrigate and fertigate accordingly. Since this field is relatively new to them, they are still establishing a field map. Once that’s done, they’ll have the option to employ variable rate irrigation (VRI).

“The speed and consistency of the Valley X-Tec movement work together to give us more options,” he says. “We look at water reports from AgSense on each of our seven pivots, and you can see that the water application under the pivot with Valley X-Tec is completely uniform, because it moves smoothly with precision – which is important no matter what speed our pivot is moving.”

Did you enjoy this article? Read one of these next:
Pivots with the Valley X-Tec Drive Help Grow High-Quality Potatoes and Families
Top Questions About the New Valley X-Tec Center Drive Motor