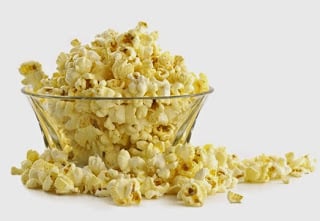 South Africa grows more than 2 million hectares of corn per year and for this reason corn is a staple food in South Africa. We have a corn culture with many corn-derived products. Popcorn fits perfectly into that culture as an inexpensive snack.

The popcorn industry took off during 1966 in South Africa and has enjoyed steady growth over the years. In South Africa, popcorn production is estimated at 55,000 metric tons per year. Popcorn is produced mostly by irrigation farmers in the Free State and Northern Cape. About 40 percent of the total popcorn production is exported to Namibia, Botswana, Swaziland, Zimbabwe, Ghana, Egypt and the Ivory Coast.

At least 95 percent of the seed planted in South Africa is of U.S. origin. There is currently one popcorn seed breeding company in South Africa that is developing local popcorn hybrids. It produces no more than 20 metric tons of popcorn seed per year. An interesting fact: all popcorn sold in South Africa has been certified as non-GMO (genetically modified organisms) by international laboratories.Popcorn is unique among corn varieties because its starchy endosperm expands and pops when heated. The “butterfly” popcorn kernel is usually large, light and fluffy. The “mushroom” type of kernel is more dense and compact like a ball and mainly used for candy coating and caramelizing.

Popcorn requires deep watering techniques, and this is where the Valley® 8120 pivot comes in handy. Valmont® Irrigation also recently added AquaDock™ drop hose docking stations to the Valley sprinkler product line. This series of drop components allow for two sprinkler ground clearance positions thereby maximizing sprinkler package uniformity to match the height of the popcorn plants. This eliminates dry rings and ensures even application of water and fertilizer to produce undeviating crop growth and yield in the popcorn fields.
Planting season starts as early as August in the northern part of South Africa, but the bulk of the crop is planted from October to December. The first of the new crop is harvested in late December, and the bulk of the crop from March to June.

One thing is for certain: South Africa’s popcorn industry is a growing market and it is here to stay. If you haven’t tried South African popcorn, you are definitely missing out!