I attended the 60th Annual Farm Progress Show last week in Decatur, IL. The weather was smokin’ hot and the crowds were plenty! It was my first time attending the show and I wasn’t disappointed.

The Farm Progress Show is the nation’s largest outdoor farm show. With more than 500 exhibitors, I put a lot of miles on my ASICS checking out the various vendors. The 86-acre exhibit field featured displays from the nation’s leading large and shortline equipment manufacturers, seed and crop protection companies, livestock equipment manufacturers, and many additional agriculture input suppliers.

The crowds were especially heavy the first two days. At the Valley® booth, we had visitors from all over the world, including many from Brazil, interested in a variety of irrigation products. Some were new to irrigation and wanted to learn more about center pivots while others were seasoned pioneers looking for more information on our remote technology products, BaseStation™ and TrackNET™. Other visitors were interested in learning more about DropSpan™ and Bender160™, which were on display at our booth. And many people were excited to hear about the new Valley VFlex Corner™ being released in October.

Because we had product managers and Valley dealers working the booth, it was the perfect opportunity for growers to learn more about why they should choose to invest in a Valley center pivot for their operation!

If you didn’t make it to the Farm Progress Show, you should make plans to attend its sister show, Husker Harvest Days, in Grand Island, NE, on Sept. 10-12. It’s another one-stop opportunity to see the latest in agriculture. Plus, we’ll be featuring some new products so you won’t want to miss it!

The Farm Progress Show - Did you Know? 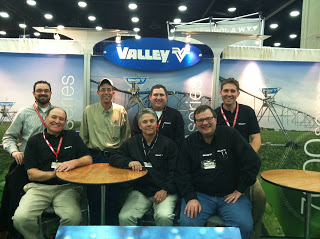 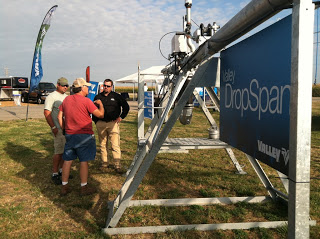 About Jill Zwiener
Senior Global Marketing Manager
Valley Irrigation Jill joined the Valley Irrigation team in 2011. She loves country music, fountain soda, food, college football, and the ski slopes of Colorado. She enjoys using photography to freeze the precious bits of time with her family into pictures that she can cherish for years.