A Lifetime in Center Pivot Irrigation (50+ Years with Valley)

Technology is everywhere. And the rate of technological advancement is growing exponentially. It’s said that every 12 to 18 months, computers double their capabilities, and so do the information technologies that use them.

Computers have obviously sped up technological advancement, but even before computers were widely used, technology was advancing quickly. Imagine the change that someone born 100 years ago has seen over the course of his life. A hundred years ago, the toaster wasn’t invented yet.

Seventy-five years ago, deodorant was still a new innovation. Even just 50 years ago – think about all that has changed since then.

Now imagine, if you can, being in the shoes of someone who began in the center pivot irrigation business more than 50 years ago. Certainly, those who began in their early years had the foresight to realize that the world was changing, and irrigation was going to be the agricultural standard. But did they ever think irrigation would be as driven by technology as it is now (and will continue to be, further into the future)?

Charlie Phillips and Carl Compton are two such forward-thinking individuals who were recently recognized with Valley® Lifetime Achievement Awards. Here they share some recollections about their five-plus decades selling for Valley Irrigation. 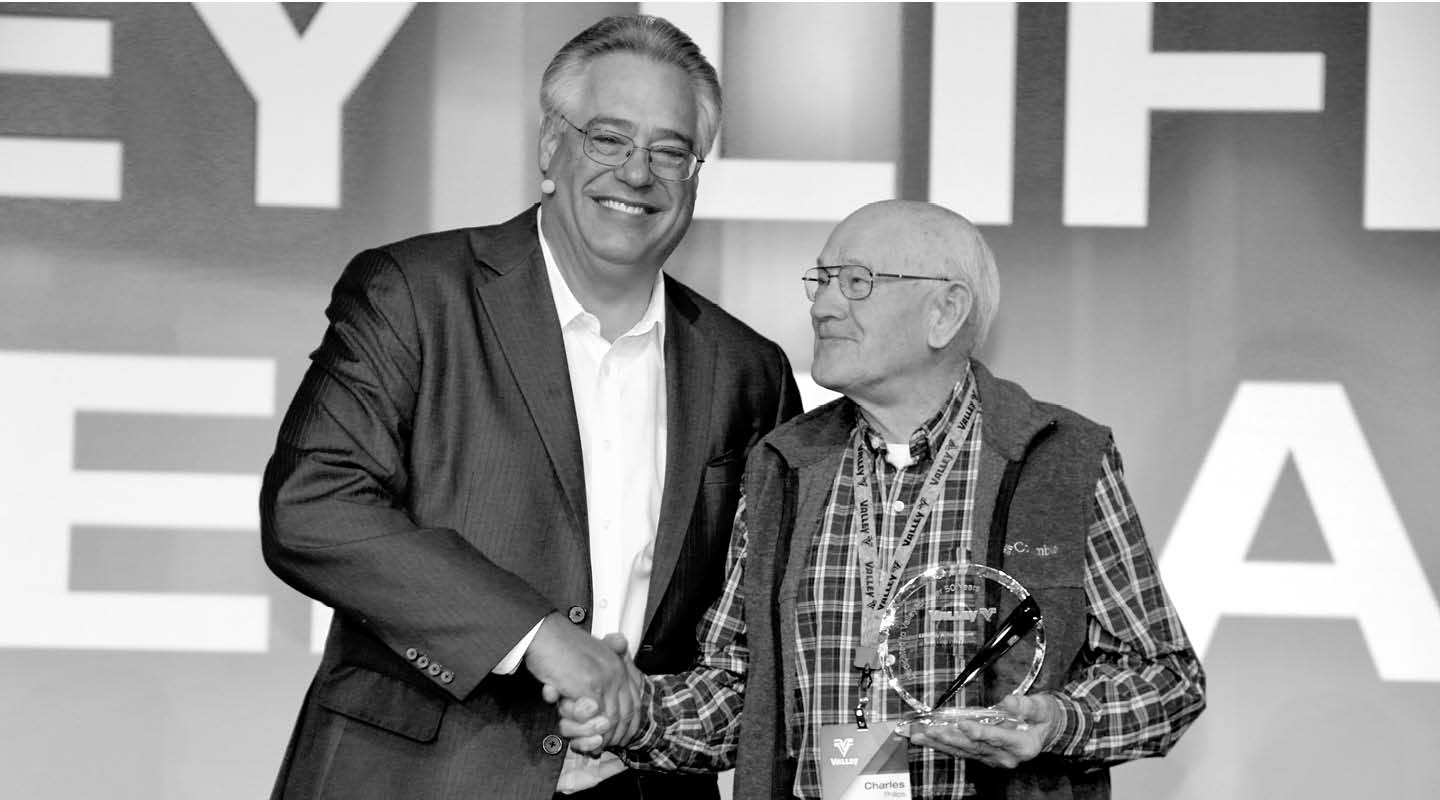 In 1961, when Phillips & Son Irrigation got its start, John F. Kennedy had just been inaugurated as President. Gas cost 27 cents a gallon. And “101 Dalmatians” was in movie theaters (the first time). Sony Walkmans were still 18 years away, and nobody had ever heard of the Beatles, much less a personal computer.

Phillips & Son Irrigation are pioneers in the center pivot irrigation business in northern Indiana and southern Michigan. Charlie’s father, William (Bill), started irrigating in 1947. According to Charlie, Bill had a dry summer in 1946 and decided “he wasn’t going to do it again without irrigation.”

When asked how center pivot irrigation has changed in the last 50 years, Charlie responds that it is “night and day. About the only thing that’s the same is that irrigation takes water.”

He goes on to explain, “it used to be all hand-moved, solid set, and mainly used on horticulture crops. Now center pivot irrigation is computerized, with GPS, and used for field crops.”

Charlie stayed with Valley Irrigation because “Valley is the leading irrigation company. They’ve always been very good, class-A to deal with. And they keep up with state-of-the-art technology.”

Charlie and his wife, Beth, have built a strong and loyal Valley customer base in their part of the country due to his knowledge, commitment, business ethics, and the customer service his company provides to the growers in his region.

“We run a farming operation along with the irrigation business,” he said. “So we appreciate the farmer’s attitude when he buys. He’s got to make money, and it’s no use putting money into something that won’t make him more money.” 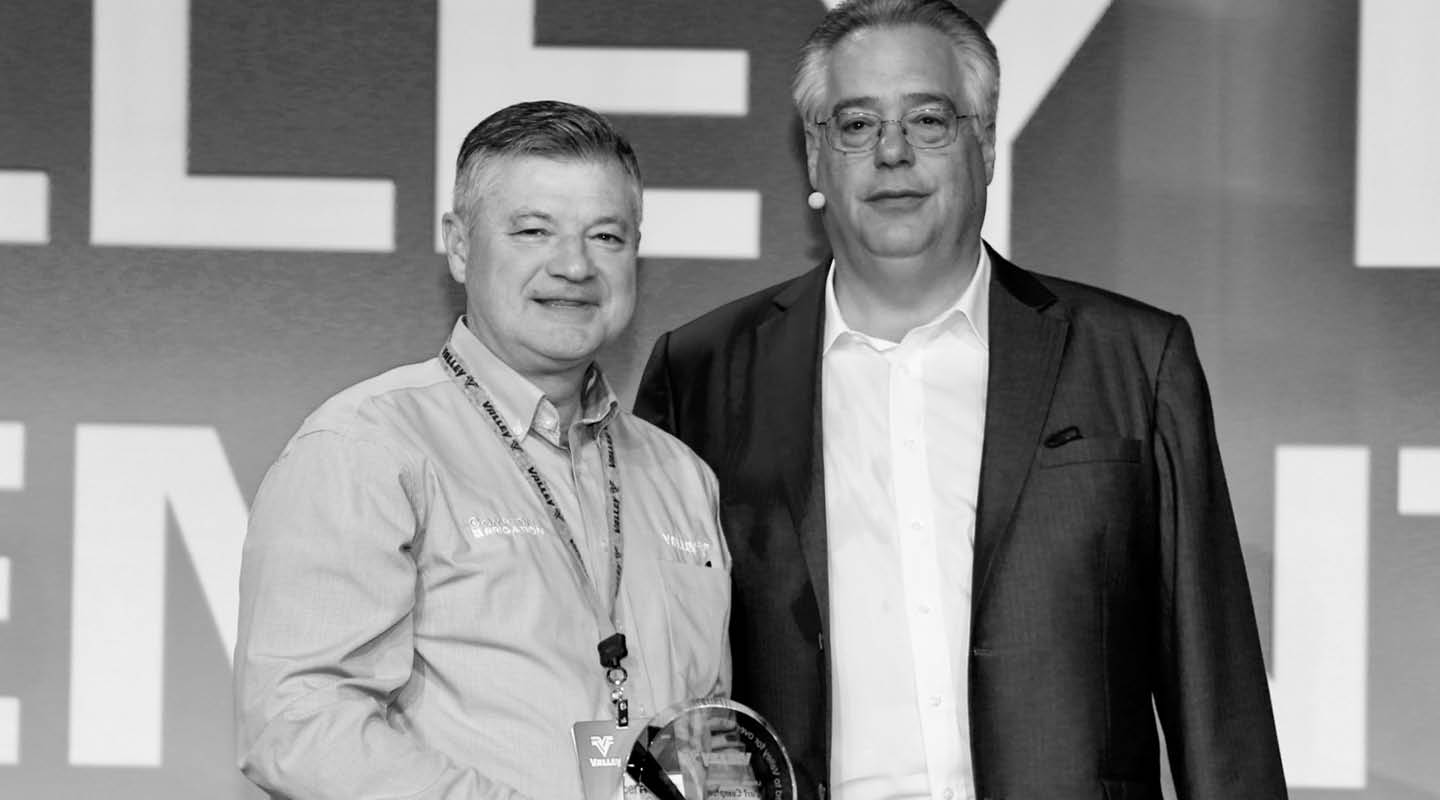 In 1965, when Carl Compton and his brother, Gene, started Compton Irrigation, the Gateway Arch in St. Louis was new. The Dow Jones closed the year at 969. James Bond battled undersea villains in “Thunderball.” A house cost $13,600. What’s more, houses didn’t even have smoke detectors; they were invented in 1969, along with the first ATM.

Carl began farming in the 1950s. At that time, he used flood irrigation and hose travelers by accessing surface water. Carl was told that there wouldn’t be enough water to run a pivot in his area in southwest Missouri. That turned out to be false, of course. When we spoke, he had just come in from checking the pivots on his family’s wheat – they have 27 center pivots of their own, irrigating wheat, corn and soybeans.

“We had to prove everything,” Carl said. “Even the universities in Missouri said [center pivot irrigation] wouldn’t work.” He wrote a letter to the U.S. Geological Survey, and the reply was that a 1,000-foot well would work. Carl said that, after some effort to dig it, that well produced water “softer than their house well.”

Carl bought his first pivot in 1965, and along with his brother Gene as the “service guy,” started Compton Irrigation and became a Valley Irrigation dealer. He remembers attending the first national sales meeting, and although some people doubted irrigation would work where he was, he has never doubted Valley.

“I’ve had good relationships with them all the time. They work for us and with us,” Carl said. “I tried everything they ever did. I never considered any other pivots.”

Carl and his wife, Margaret, their two sons and their two grandsons all farm together. His son, Robert, assists him with the irrigation business, and Robert’s son, Kyle, is the third generation, working in sales. “Valley is the number one irrigation company there is,” Robert says. “They treat us right, they’re innovative and they’re the leader in the market.”

Robert himself just earned his 25-year watch from Valley, and has seen his share of changes. “With all the innovations, and the automation, center pivot irrigation is much less labor intensive.”

So what has stayed the same? “Dealer support has always been strong. That’s not only important for us but also makes a difference for the end customer,” Robert says.

Congratulations to our Lifetime Achievement Winners 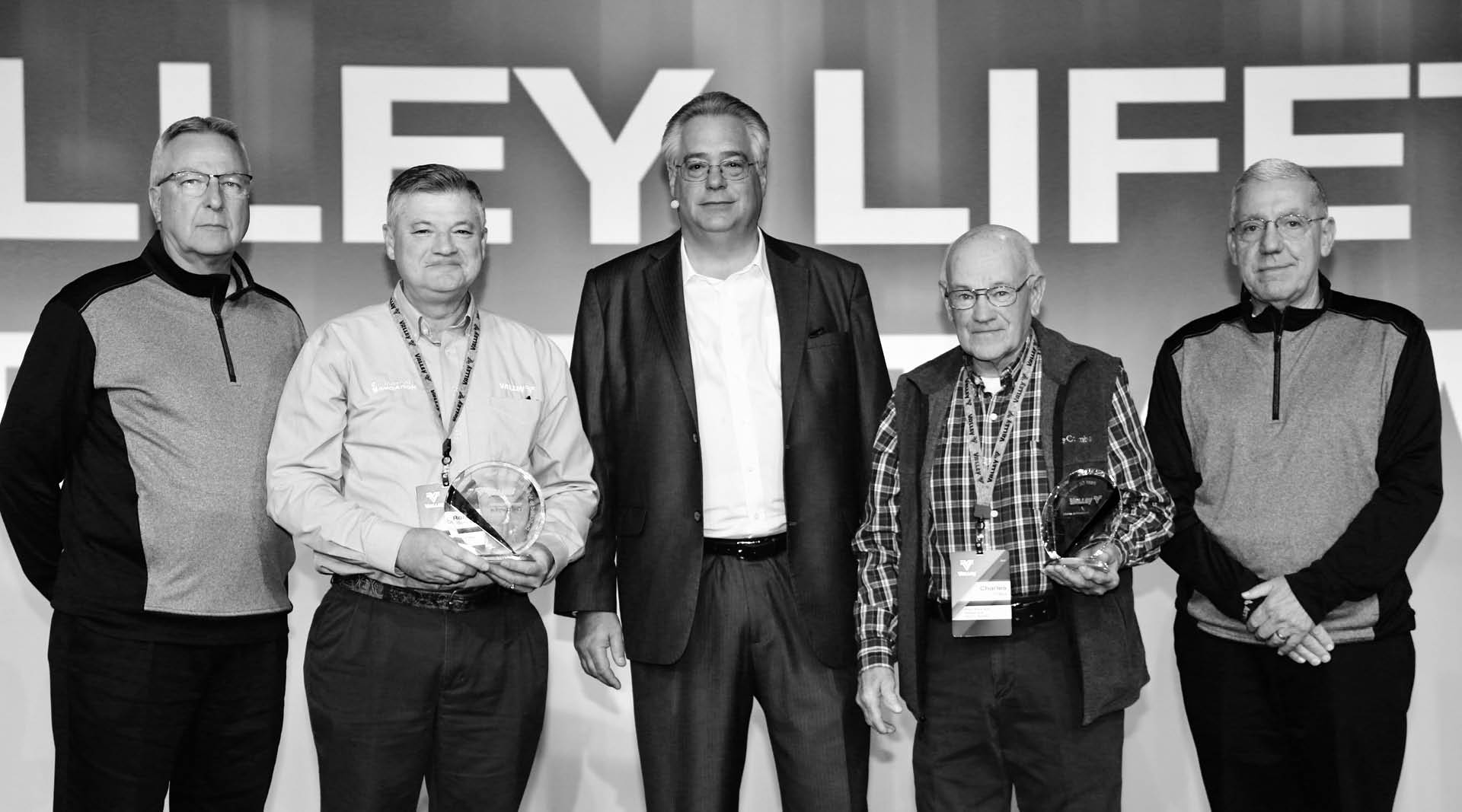 If you have any questions, we invite you to find a Valley dealer near you.